Every day begins and ends with choices. Do I get up when it’s only 5 o’clock, or do I turn over in my warm cozy bed and try to sleep, or even lay there for another hour or two. And if I can’t sleep, do I start checking Facebook, listen to a podcast, read a book or newspaper (do they still even make newspapers), or pray? Once I get out of bed, the choices continue as I decide what to wear (and hope it “matches” and don’t put it on inside out). Next comes a choice as to what to eat for breakfast, and the choices keep coming. Each choice I make (or don’t make, for not making choices is also a choice) impacts the choices that follow. If I choose not to wake up early enough to have my devotions and breakfast before leaving for work, one or the other (or both I suppose, depending on how much I sleep in) will need to be forfeited.

Often our choices impact the choices of others. If it’s my responsibility to see to that there’s ample milk in the fridge for tomorrow’s breakfast, and I choose not fulfill that duty, others in my household who may like to choose milk and cereal for breakfast that morning, will need to make other choices (unless of course they choose to drive into town and buy some milk…or find a milk cow). Choices, choices, choices.

Today’s OT texts primarily focus on the concept of choices. As laid out in this text, these choices are stark… either choose life or death. I can’t imagine too many people in that day who would willingly choose the latter, but inadvertently and sadly, many did then, and continue to do so. The life that God offers here is defined as life that flows from following the will of God as laid out in the commandments, both knowing them, and obeying them. As stated last week, there is a significant gap between “knowing” and “doing”, but in this text, the focus is strictly on whether or not the people of Israel choose to obey them.

“Choosing” is often a sensitive word in Lutheran (and even more so in Reformed) circles. In some settings, even mentioning the word can invite accusations of heresy. “We don’t choose God!” comes the retort of the Lutheran theologian… “GOD CHOOSES US!!!!” So which is it? Who actually does the choosing?

It’s hard to read a text like this one, or its sister text found in Joshua, where Moses has now died and Joshua becomes their new leader, and assume “choosing” has no place in the Bible. “But if serving the LORD seems undesirable to you, then choose for yourselves this day whom you will serve, whether the gods your ancestors served beyond the Euphrates, or the gods of the Amorites, in whose land you are living. But as for me and my household, we will serve the LORD.” Josh 24:15. Even consider the Psalm we just read: “Blessed are those who keep his testimonies, who seek him with their whole heart, who also do no wrong, but walk in his ways! You have commanded your precepts to be kept diligently.” Ps.119:2-4. To assume that “choosing” is a dirty word, and there is no element of choosing in the Christian’s life, is to turn a blind eye to much of the what the Bible so clearly states.

There is a “but” however, and that “but” is central to our Lutheran theology and teaching. Over and over again we hear the invitation/command to choose/believe/obey… but (and this is a very big “but”) the context for that choosing is centered in being chosen by God. That choosing begins at the very dawn of time where God chooses to create. Stemming from that initial choice comes the creation of the first man, Adam, and the first woman, Eve (not much personal choice there when it comes to choosing a wife for Adam). As God chose to create the first humans, He then extends that capacity to them, either by choosing Him in return, or choosing the serpent and thus themselves. They choose the latter, and that choice has affected their offspring ever since.

God’s choosing continues to be made manifest through the pages of the Bible, first by choosing to shed the blood of animals in order to make coverings for the naked humans, and God’s choice and promise to send a savior to redeem people from the eternal consequences of Adam’s and Eve’s sin (see Gen 3:15).

God’s choices continue throughout the Old Testament, as He chooses Noah and his family to make provision for the impending flood, and then on to choosing Abraham to become the father of the nation of Israel, and then choosing Isaac, Jacob, Joseph, and others to carry on that plan. Each of these made choices themselves (some poor ones to be sure), but even with the likes of Jacob (whose name means “heel-grabber, or deceiver”), God’s choices would not be thwarted because of human sin.

God’s choices for redemption are continued through the saving of the life of the infant Moses, and his call to be a prophet to lead His people out of Egyptian bondage to the Promised Land. The nation’s continued rebellion lead to a prolonged season in the wilderness where God gave Moses and the people His laws so they would know His will. Today’s call to choose those laws that lead to life are pretexted with a long list of God’s previous choices on their behalf. The two are impossible to separate. One proceeds from the other, but both are interconnected. It is as the unknown hymn-writer pens: “ I sought the Lord, and afterward I knew, he moved my soul to seek him, seeking me. It was not I that found, O Savior true; no, I was found of thee.”

Often one or the other side of this “choosing” gets accentuated or neglected at the expense of the other. This topic of “choice” and “free will” is more than we can tackle in one sermon (and a condensed one at that), but the Bible attests to both. Our choices always begin in God’s initial choice, and specifically his choice to send Jesus as our savior. St. Paul tells us clearly that we were not in a particularly good shape to do much choosing in saying, “But God demonstrates his own love for us in this: While we were still sinners, Christ died for us.” Rom 5:8, or better yet, “As for you, you were dead in your transgressions and sins in which you used to live when you followed the ways of this world and of the ruler of the kingdom of the air, the spirit who is now at work in those who are disobedient. 3 All of us also lived among them at one time, gratifying the cravings of our flesh and following its desires and thoughts. Like the rest, we were by nature deserving of wrath. But because of his great love for us, God, who is rich in mercy, made us alive with Christ even when we were dead in transgressions—it is by grace you have been saved.” Eph 2:1-5.

Dead people don’t have an easy time of making good choices, but once made alive again, they can…and must. You have been chosen by God, so considering that, choose God…and choose life! Amen

We're not around right now. But you can send us an email and we'll get back to you, asap. 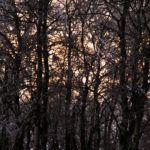 Knowing vs DoingSermon
“Be Perfect”… and Other Hard Sayings of JesusSermon
We use cookies to ensure that we give you the best experience on our website. If you continue to use this site we will assume that you are happy with it.Ok